One day, during a birthday party for a six year old girl, I noticed the worried look on the faces of our caregivers. I asked what was bothering them and I found out that they had to switch off the electricity in some buildings because the walls were overheating due to the failing electrical infrastructure. Shutting down one section to let the walls cool down, and then rotate the shutdown to other sections. A potentially deadly situation.  Our electricity project became priority number one.  We needed money and manpower to rebuild a new grid from scratch. And we needed it quickly. My old and new friends responded the way they always do.

This is what we found when we inspected the buildings. Very scary and extremely dangerous.

Rock ’n Roll came to the rescue – as it did a few more times. Just read about the other projects on this website.
Dutch band VANDERLINDE donated all proceeds from their recently released ‘Live Trails’ album to this project. So far this has covered about 65 % of our costs. Another 15 % was donated by individuals near and far. Thanks to all of you – You rock as well ! The Evitch family and I took care of the final stretch of the financing.

And then there was light…
It has been a few months in the making, but again I can proudly say,  “ Mission accomplished. “ You always start a project with nothing but faith and luck on your side, but this one got a head start with one of those unbelievable coincidences. Someone vacationing in our little village heard about our crisis and asked if he could help out a bit. Rick Evitch was enjoying some time-off with his wife, away from his job in the USA. His profession happens to be a contractor for large scale electrical projects. We walked through the buildings and courtyard and he took notes…. pages and pages.

Less than a week later Rick had a crew ready to go, and he spent the next 75 days designing, building, and supervising an incredible brand new power grid. He was there every working day and more than once reached in his own pocket to pay for wires, lights, motion detectors, and much more. He did not want a single dollar for his work. The children watched in awe as a dedicated and professional man would not stop until it was perfect. 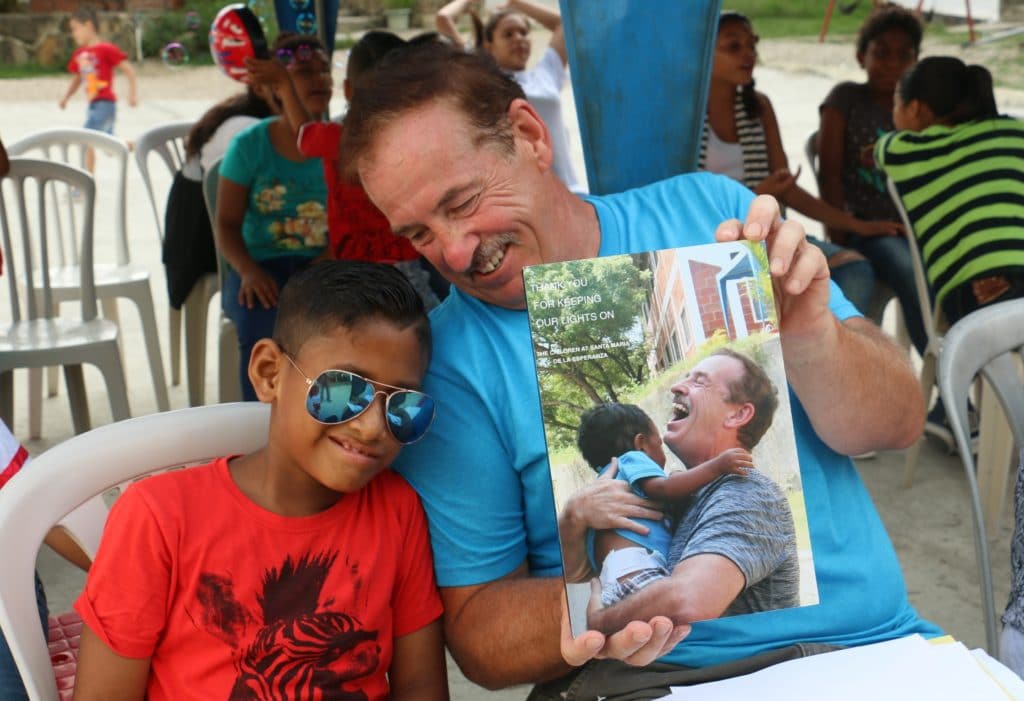 They saw new lights pop up in their bedrooms and playground day after day. Because where Rick was, the kids became his shadows. Of course they wanted to express their gratitude and threw Rick a ‘Thank You’ party, even though he did not want the spotlight on him. Here are pictures from day one until the joyful celebration of a dream come true. Lights on !