You are here: Home / Our Mission

Our mission : Many kids have been abandoned or abused by their natural family. Some of them were found in the forest, left to die. Some have been burned all over their body with candlesticks by their mother, or beaten and disfigured by their family. You see those children today and you might not be aware that these horrible things have happened to them. That is the power of the love that the caregivers tirelessly give them. Whenever a child is dropped off by police at the door of the orphanage, he or she is always welcomed. Nobody is refused.

The orphanage has a contract with the government that should fund some of the costs of running the facility. Basically, the agreement is that they receive 4 dollars per child per day. This has to cover the cost of food, clothing, education, and the roof over their heads. As you will understand, this amount is almost impossible to live on. 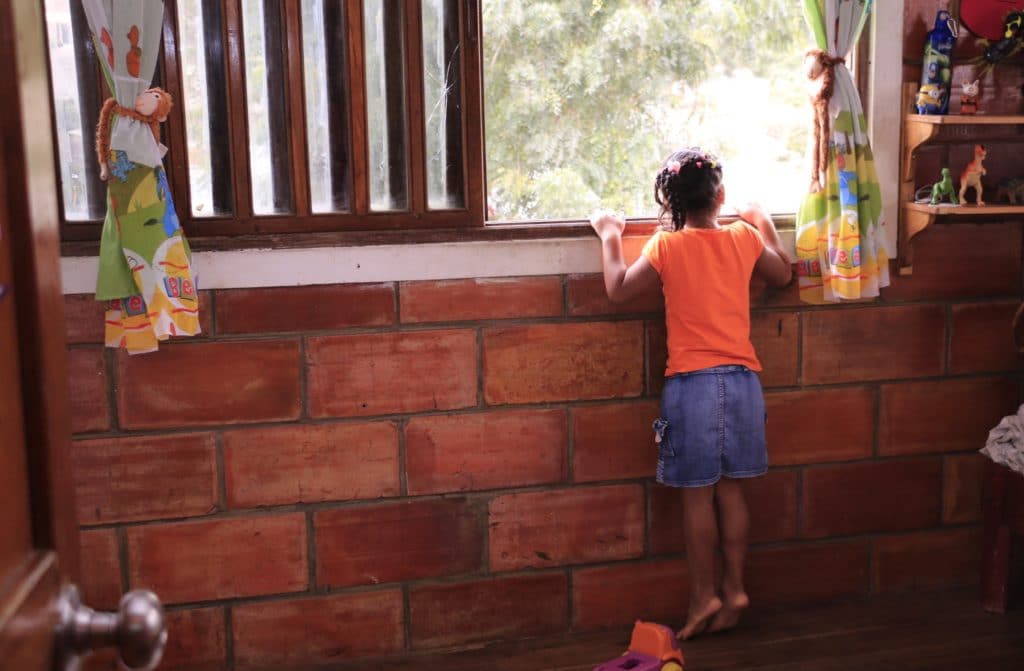 But the tragedy is that the government has not been able to honor its part of the agreement all the time. From February until November of 2016, the orphanage received no government support. More than eight months without government funding. They claimed there was no more money. With the earthquake later that year, things got even worse ; many more children were brought to the orphanage. Times were getting very desperate. Since November 2016, the government has restarted to pay part of the money they are obligated to give by the terms of its agreement.

That means for almost the entire year of 2016 the orphanage has been surviving on donations from strangers. I personally have set up three fundraising activities to pay for food, medical treatments, and education. I was able to pay the bills that the food merchants have presented. I built a refrigeration room for the kitchen to keep the food from rotting. The aging and failing electrical infrastructure was getting very dangerous. I have been fundraising for that too, and at the end of January 2018, the entire campus (four buildings) has gotten a brand ­new reliable electrical network. Too many things need to be taken care of to list them all here, but you get the idea.

I have dedicated my life to these children. I can’t turn away and pretend it’s not there. And I am asking my friends all over the world to help me. I have been able to raise over fifty thousand dollars since 2016 to keep food on the table and smiles on their faces. I hope I can keep doing this for many more years to come. But I can’t do it alone, ­ I need help. These children have lost one of the most important cornerstones in their lives : their family. Let’s not also have them lose their hope for a better future. This is why I started the MJM foundation.

I invite everyone who wants to visit to join me on a personal tour of this place called ‘Fundación Maria de la Esperanza’. A happy place, where these severely traumatized children have found shelter and love. Let’s make sure that their doors will stay open for the many more children that will be dropped off in the future.